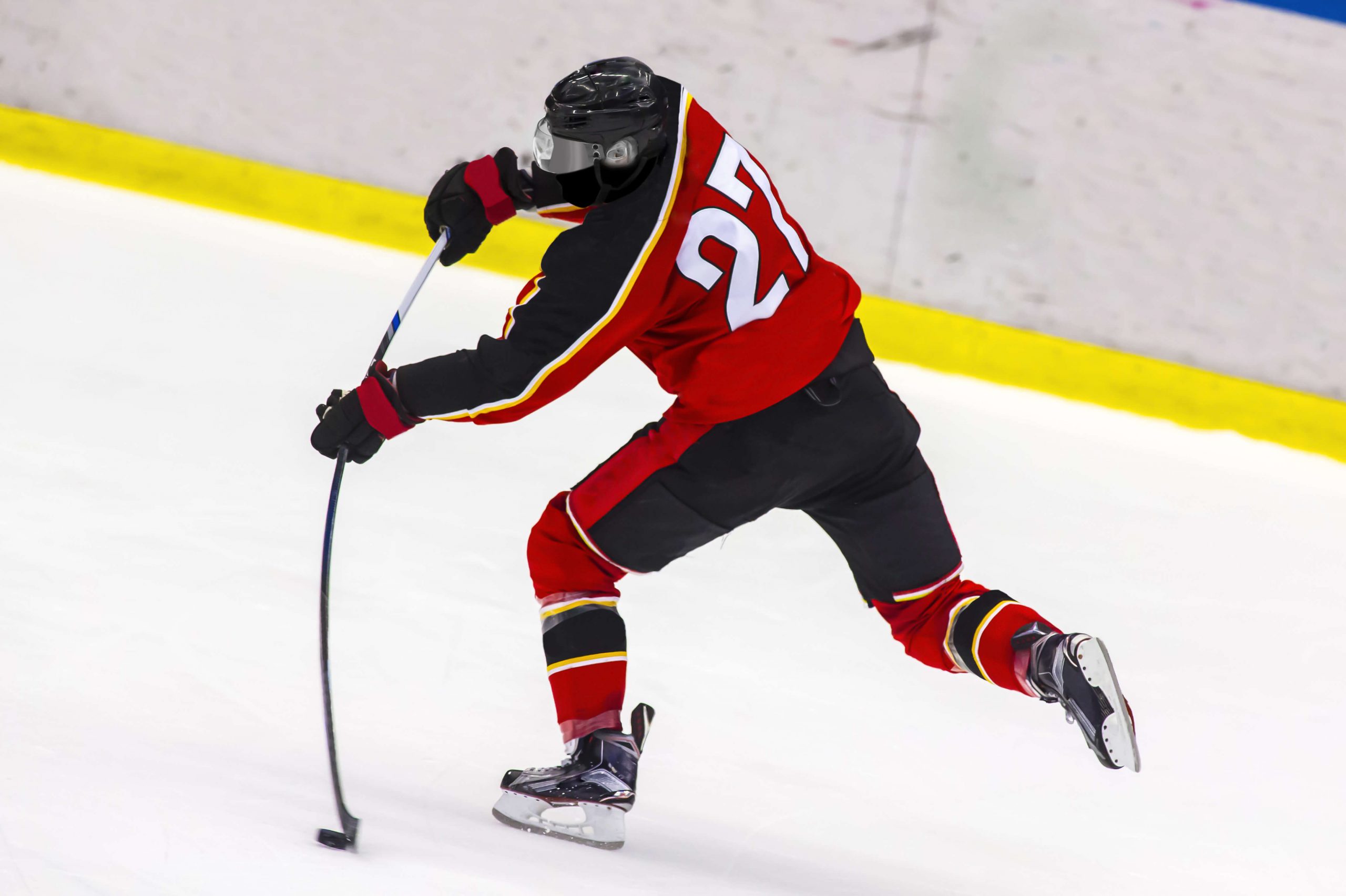 When choosing your next hockey stick, there’s one crucial variable that you have to consider: the flex. It’s that number that you see written on it: 75, 85, or even 150. The flex of a stick helps you with your shot, but wrongly choosing can lead to less control and weaker shots.

The flex of a hockey stick is how much it bends when you shoot. The flex number indicates how many pounds it takes to curve the shaft one inch. Lighter and smaller players usually go for a lower flex number while bigger, stronger players prefer a higher flex.

Yes, we are talking about flexion and weight, but you don’t need a physics degree to know which flex is right for you. This article will give you all the information you need to choose the right stick. Let’s begin by explaining the flex number.

What does the flex number mean on a hockey stick?

Here are the most common flex values for hockey sticks:

How to choose the flex in your stick

There are some factors you need to consider when you are choosing the appropriate flex. According to the website Pro Stock, these factors are your height and weight, your style of play (whether you play offense, defense, and you prefer taking slapshots or wrist shots), and the length of your stick.

First, let’s talk about weight. A rule of thumb is that your stick should have a flex number, half your body weight. So, if you weigh 200 lb., a 100 flex should be right for you. If you are a lighter player, say 160 lb., then an 80 flex will work well.

Your personal preference and your style of play also matter. If you prefer taking wrist shots, you can lower the flex to have a more flexible stick that helps your puck exit with more speed. This increased flexibility affects the passing ability and stick handling, as it behaves like a whip, and you have less control of the stick.

According to the website Stick Guru, it’s usual to see wingers prefer a stick with more flex, given that they take more wrist shots and snapshots. They need a faster, more powerful release, given that they are in continuous motions down the sides of the rink.

Centers might also prefer lower flexes, but it’s not a rule of thumb, as their roles differ. As they take more faceoffs, the sticks can end up damaged. Plus, they need more control and precision when taking shots in the middle of the ice.

Defensemen will usually opt for higher flexes. They need to have more control of the puck and poke and sweep the puck off of opposing players. They regularly hack other players and take more slapshots, so a stiffer stick is necessary.

Does cutting a hockey stick change the flex?

The short answer is yes. If you are a taller player, chances are you don’t need to cut your stick. But, if you are shorter, you might need to trim it for a better fit, which directly affects flexibility.

Most sticks have indicators to let you know how cutting the stick affects the flex. According to the site Hockey Review HQ, a general rule of thumb is that every 2 inches that you cut off, the feel in your stick will increase by 10. This means that if you have a 75 flex stick and cut 2 inches, it will feel like an 85 flex.

If you have to cut a senior stick too much, you can consider changing to an intermediate instead of frequently cutting it.

Another variable to consider is the kick point.

Modern composite sticks have a part in which they are more flexible and another which is stiffer so that the stick can bend without breaking. This is called the kick point, and it can affect how you shoot.

There are three kinds of kick points, low, mid, and variable (or custom). If you are a player who prefers to take wrist shots and has a quicker release, you need a low kick point.

Kick points in the midsection are better for slapshots and players who like to lean into their shots. Usually, players using a mid-kick point will take longer to reach maximum velocity on a wrist shot.

What is the highest flex on a hockey stick?

One player famously stands out as having the highest flex on a hockey stick, Zdeno Chara. Standing at 6’9″ and weighing 250 lb., he has used up to 150-160 flex sticks regularly.

As he has gotten older, however, he has lowered his flex to 130. Other examples of higher flex numbers include defensemen like Shea Weber, who has used around 125-130 flex.

Given that a higher flex number means a stiffer number, it’s interesting to see the opposite example. Take Alexander Ovechkin; the forward weighs 230 lb. According to the site Discover Hockey, he uses a 79 flex.

You might hear your friends say that their sticks have lost their “pop”, referring to the flex and the power the stick provides when shooting. This happens over time and depends mostly on how frequently you use your stick, as well as how aggressively you play.

A stick will lose its pop because constant use generates microfractures around the softer parts of the stick. When a player takes many faceoffs or shoots a lot, these microfractures can grow and weaken the stick. More expensive, top-end, sticks have more pop than cheaper ones, and they will generally lose it later than their cheaper counter parts.

At higher-skill levels, some skaters change their sticks more frequently to maintain that pop sensation. Offensively minded players like Patrick Kane, a gifted forward with exemplary puck handling skills, change their sticks every game to ensure the stick behaves as they needed all the time.

What is the best flex for me?

The best flex for you allows you to bend the stick 2-3 in. with ease. To choose the right one, first go for a stick that approximates the standard (a 100 flex for a 200 lb. skater, for example).

If you find it difficult to bend the stick 2 or 3 inches, then the shaft is too stiff for you, and you should go for a more flexible model. Always start from higher flex numbers to lower, so you don’t break it by accident when testing it.

From there, consider your weight, the position you play, and whether you prefer wrist shots or slapshots. Finally, one of the most important questions you must answer for yourself is how much money are you willing to spend per stick? Cheaper sticks with lower flexes will usually break easier than stiffer, more expensive ones.

Manufacturers also provide valuable information to help you choose, from the original flex, the kick point, to how much you will affect it by cutting it down. With this article, you now have all the tools to choose the best stick for your game.